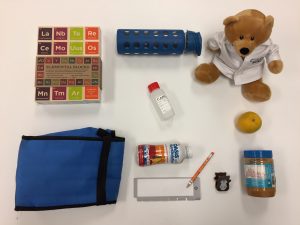 You’ve made that back-to-school list and checked it twice: but is something IMPORTANT missing from this list?

What about clean drinking water?

Recent news articles have begun to shine light on the issue of Lead contamination in drinking water sources throughout our province (check it out here, here, and here.)   Despite lead being phased out from most environmental sources since the late 1970’s, Lead can still be present at low levels in tap water, particularly from older homes and buildings (read: BC SCHOOLS) with lead service lines or lead solder.

Why does lead matter?

Research has repeatedly shown that reductions in IQ are a critical effect of lead in drinking water (learn more here.)   Absorption of even very low levels of lead into the body has harmful health effects on behavioral development of people, especially infants and young children.    To quote a 2017 report by the BC Centre for Disease Control:

“Infants and young children are particularly susceptible to the presence of lead in their environment because of increased gastrointestinal absorption, hand-to-mouth behaviors, consumption of dust, and less effective bodily [elimination] compared to adults.”

Based on this information, the Government of Canada’s Federal-Provincial-Territorial Committee on Drinking Water has recently released a report for public consultation with the intention of lowering the threshold for lead in drinking water from 0.01mg/L weekly intake, to a maximum allowable concentration (MAC) of 0.005mg/L.   It was also recommended that in schools and daycares, total lead be monitored at least once per year at each drinking water fountain or cold water tap where water is used for drinking or food preparation.

How do they monitor for lead?

One of the most accurate ways of determining the concentration of lead or many other contaminants in water such as arsenic, uranium, mercury, bacteria, etc… is to have the water tested at a lab.  At CARO, we see an increase in water samples from schools for lead analysis in the spring and early fall due to recent pressures from school boards to have testing done annually at schools in BC, in response to the Government’s recommendation.

At present, however, this pressure has not been extended to private daycare’s, which poses an interesting question to families with young children:

Who is making sure my child is safe?

If you are not confident that the drinking water at your children’s school, daycare or home is lead free, consider having it tested.    The most common water test packages that we offer can be found here, and easy to use self-serve testing kits can be ordered online through our store, or fill out our CONTACT US form below.

Mention the promo code: “school coupon 2018” when you contact us or visit our online store, and save $25 off your lead test package. 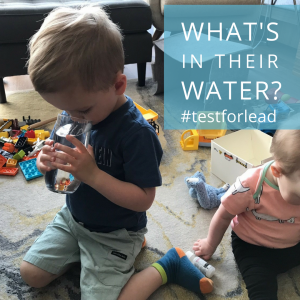 CARO has been testing for lead in drinking water for nearly 30 years, and are happy to help you get the answers you need to ensure that Back-to-School is a magical occasion for everyone.

Health Canada has a comprehensive site to answer many questions on lead and other parameters here. Also, BC’s local health authorities or other health authorities across Canada are a great place to gather information about available resources in your community, including information on their own routine testing.
– Information on how to collect a water sample for analysis HERE
– The most common water testing packages at CARO HERE