How did CARO help develop a global product?  Thank you to PerkinElmer for their exposé on CARO.  Lee Marotta, Perkin Elmer’s Senior Field Application Scientist has been a significant champion and partner in this venture.

Breakthroughs in Technology Help CARO Analytical Services Capture Major Share of the Western Canadian Soil Vapor Analysis Marketplace: The scientific and regulatory communities have long been aware of the potential for migration of vapors from contaminated subsurface areas into buildings. But until recently, soil vapor intrusion has not been a major concern, with the exception of radon and major fuel leaks. Then in the late 1990s, two sites in Colorado contaminated with chlorinated hydrocarbons resulted in the toxic vapors seeping into a number of residential buildings. In 2002, the United States Environmental Protection Agency (EPA) issued draft guidance that provided technical and policy recommendations for determining if the vapor intrusion pathway posed a risk to human health at cleanup sites. Since then, 23 states have issued regulations for soil vapor sampling. Read More Here… 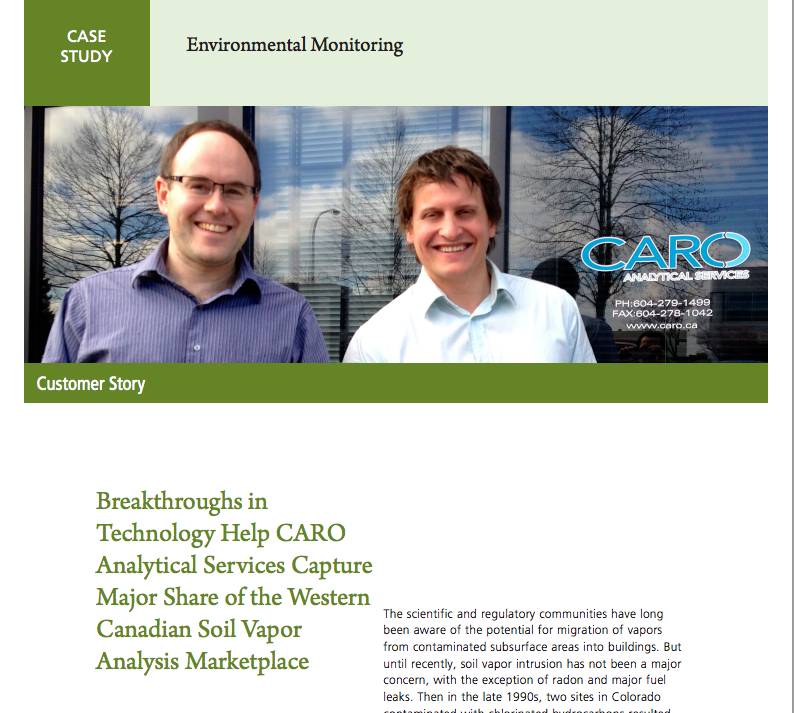