CARO Weighs in on that Dress

Last week we were entertained by the dress below that had its 15 minutes of fame as some people see a blue and black dress and others see a white and gold dress.   If you haven’t heard about it search #dressgate on the internet. 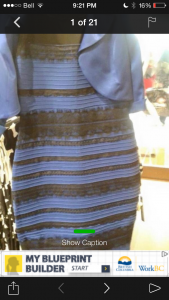 Different pictures of it were everywhere and some people saw different colours based on which pictures they saw.  Great scientific explanations have been done already a couple of which I have linked to here.  What we really saw was how the internet collectively discovered a new visual illusion.  The gist is that we are seeing a visual illusion similar to the image below, where both the A and B squares are the same shade of grey (trust us, they are, no joke): 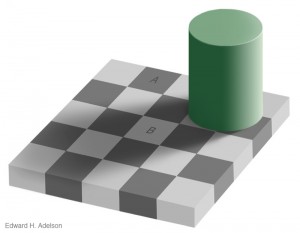 Last week we heard a lot of anecdotal information with a lot of speculation and uncertainty.  By gathering accurate data, using controlled parameters, and standard analysis, we can contribute meaningful data, better understand problems and hopefully more clearly understand the world around us.  Everyday we generate thousands of pieces of data points to help people with their analytical problems.  Please contact us anytime if you would like to discuss your analytical chemistry project.