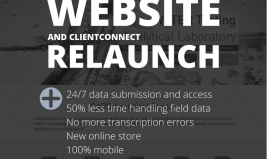 We are only a few weeks away from launching CARO’s new website, and we are more excited than that time the black holes collided!  With tons of exciting new features, you will want to visit CARO.ca, time and time again. With all the buzz around the new website, Client Connect (our online data management tool) was suffering from “middle child” syndrome. Our 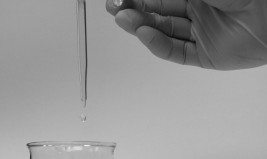 Does Your Water Look Funny?

Just in time for St. Patrick’s day: CARO’s Laboratory Leprechaun has been at it again, hiding his pots of gold in CARO Coolers where our clients are sure to find them.  Place a bottle order today, and you could make away with a portion of his booty! Another Leprechaun will soon be making his way

The entries have been pouring in from clients hoping for a chance to win a pair of highly prized Advanced Screening tickets to Star Wars: The Force Awakens on December 17, 2015 in Vancouver. To all those who entered, we would like to say thank you for helping to make the contest a success! Although

CARO’s 2nd Annual Client Appreciation Event was a night to remember, and we are confident that everyone who attended left feeling appreciated!  What better venue than the HR MacMillan Space Centre for a group of Scientists and Engineers to celebrate a great year.  There was definitely no shortage of cheer as we toured through the

CARO-Ling Coolers are back for a limited time!

Holiday Festivities are in full swing here at CARO, and for the month of December you can bring the festivities into the field with you! Our CARO-ling coolers are out in full force again this year as we move into the busy Holiday Season. Place your bottle order now by calling 1-877-769-9646, and help spread

For over 28 years CARO Analytical Services has been helping our public and private clients achieve complete peace of mind for their lab testing needs. In order to further support a growing public demand and CARO Food Testing Parameters, we are pleased to announce that we have expanded our testing to include Food Microbiology! Health Authorities have